If You Missed Our Virtual 50th Anniversary Celebration, Click Here To View the Event Videos! 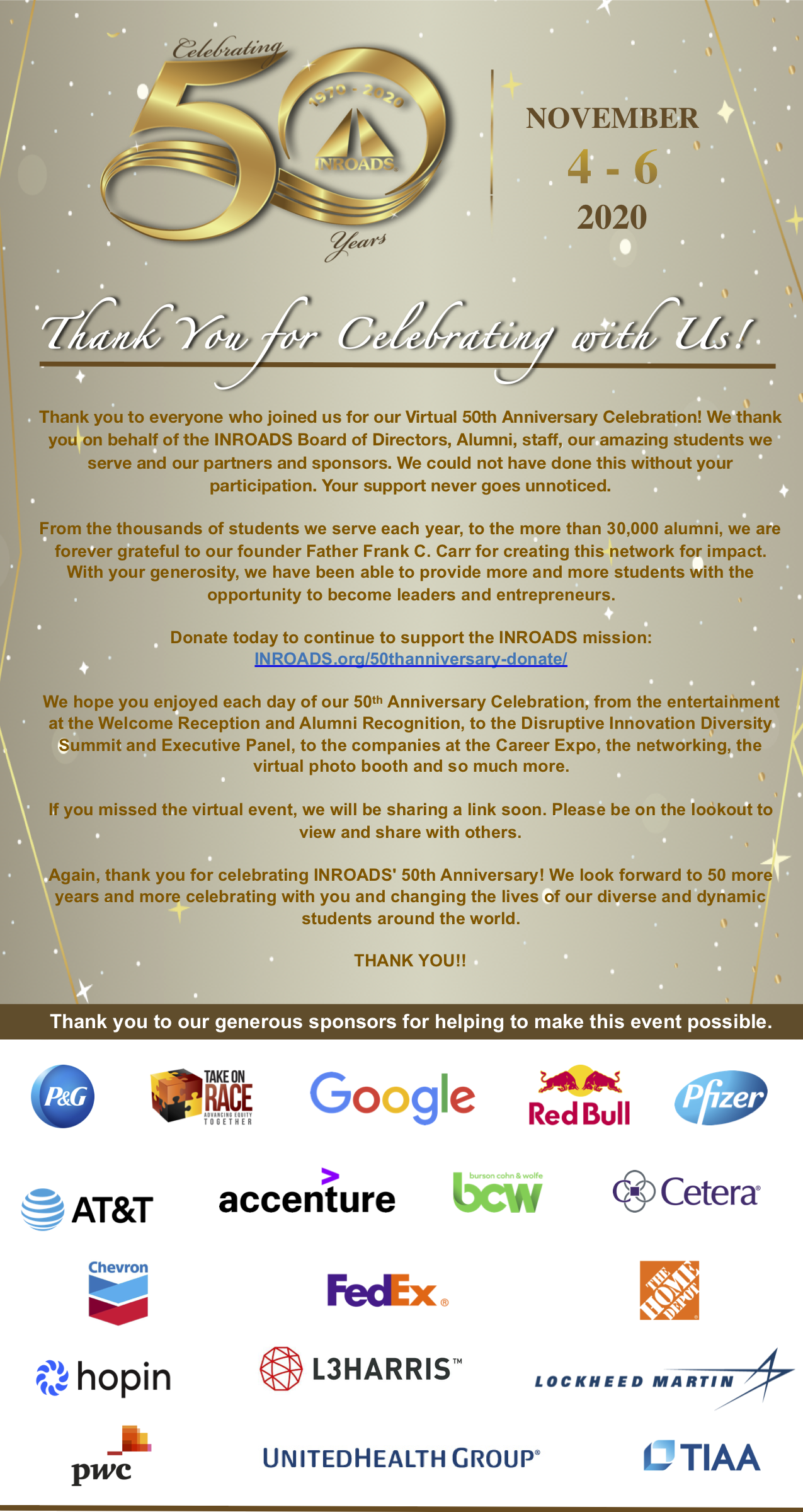 CLICK HERE TO DONATE
BECOME AN EVENT SPONSOR
INROADS 50TH ANNIVERSARY AGENDA
PURCHASE PROGRAM ADVERTISEMENT
CLICK HERE TO REGISTER
INROADS CAREER EXPO
Join us as we celebrate INROADS' 50th Anniversary and developing corporate and community leaders.  Our virtual celebration will include an Welcome Reception, Alumni Recognition, Career Expo and Diversity & Inclusion Summit. The Welcome Reception will welcome all INROADS guests and honor and recognize INROADS Alumni who have carried out the INROADS mission! The Career Expo will provide an opportunity for attending partners to scout, screen, interview and/or hire mid-level career professionals and the Diversity & Inclusion "Disruptive Innovation" Summit will include workshops for professionals.

From its founding in 1970 in business executive Frank C. Carr’s home city of Chicago, INROADS has grown into a nationally recognized 501 (c)(3) nonprofit, impacting the lives of over 154,000 youth.

This occasion celebrates the manifestation of the Frank C. Carr dream. Fifty years ago Mr. Carr, a prominent publishing executive based in Chicago, traveled to Washington, DC as an attendee of the March on Washington in August 1963. After hearing Martin Luther King’s speech about the dream he had for America, Frank Carr returned to Chicago with a mission in mind. Carr believed that Martin Luther King’s dream could become a reality and began plotting a course that would change the face of corporate leadership. In 1970, Carr founded INROADS and his legacy began. INROADS believes the changes in our culture and history we see today reflect Frank Carr’s vision of diversity.

For additional information about Sponsorship contact Zuleemah Edwards at zedwards@INROADS.org. 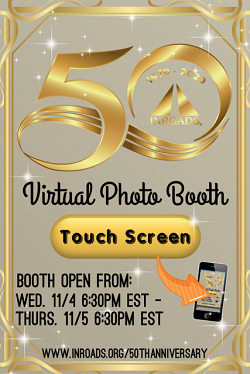 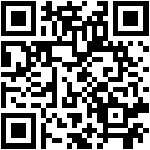