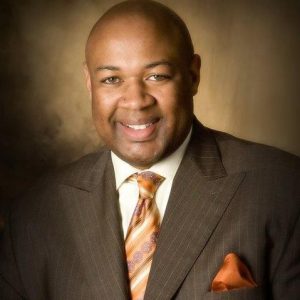 James is the Founder and President of Organizational Solutions & Consulting (OS&C), a firm committed to delivering reasoned approaches and solutions to challenges disproportionally impacting “The Core Four” – defined as Churches, Entrepreneurs, Nonprofits and Small Business. From capitalization of small business to identifying and recruiting nonprofit board members, the firm utilizes seasoned subject matter experts to provide consulting at a fraction of the cost of a traditional consultant. The value proposition is providing a service to a segment of the market who desire the wisdom and recommendations of a consultant however, generally do not have financial coffers to pay the higher rates affiliated with contracting a consultant. James’ keen understanding of the Core Four stem from his various leadership positions over the past 25 years. The firm also has an intense focus on talent acquisition and inclusion in the areas of STEM and technology. OS&C works in tandem with top universities and corporations to implement strategies that ultimately identifies leading, underrepresented talent which increases inclusion in the engineering and technology space.

James served as the Director of Development at the National GEM Consortium, a leading nonprofit dedicated to aiding in the matriculation of top, underrepresented graduate students into STEM. During his tenure, his charge was to establish and grow relationships in Silicon Valley, increase inclusion investment opportunities and create a philanthropic division for the nearly 40-year-old organization. Prior, James served as Chief Development Officer (and interim CEO) of Big Brothers Big Sisters of Greater Charlotte. There he led one of the largest agencies in the nation in fund development and received such accolades as being named to the National Leadership Council, selected as a panelist at the national Think Tank, and served as one of two CDO’s to develop the ECM Platform the Big Brother’s national organization currently utilizes. James maintains he remains most prideful his team began the “Start Something” talk show, the only Big Brothers affiliate nationally that had a weekly radio show designed to educate the community on the plight of mentorship, spotlight incredible partners and success stories, and articulate the needs of the agency to serve more children.

James had the fortune of being on a transformative team as the Founding Director of Corporate Relations at Queens University of Charlotte. James was a leading performer on an award-winning development unit which completed the Investing in Queens’ Future campaign one year ahead of schedule with more than $110 million committed toward a $100 million goal. The Council for Advancement and Support of Education (CASE) – awarded the team with the Wealth Engine Award for Educational Fundraising. The national award honors superior fundraising programs at educational institutions. Under James’ leadership and tenure, corporate philanthropy rose more than 600%.

James is a graduate of the United Way’s Minority Leadership Enhancement Program (VA) and served a three-year appointment to its Fund Allocation Committee (NC). He Chaired the Interact Club at both the Dunwoody (GA) Rotary Club and the Uptown Charlotte Rotary Club. James is serving a four-year appointment to the National Committee of Alpha Phi Alpha Fraternity, selected to serve on the Advisory Board at Appalachian State University (ASU), a member of CASE, AFP, and on several boards. James is a noted youth speaker and has more than 20 published works as a reporter. James is a graduate of ASU with a BS in Communications and a MS in Organization Development from the McColl School of Business at Queens University of Charlotte.