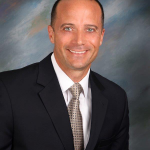 Dave Zack is Vice President of United States Government Defense Systems and Services (DSS). In this capacity, he is responsible for $3B in annual sales across all U. S. Government military production and sustainment programs. Dave also serves as the primary interface between Sikorsky and the U. S. Government customer for all product line activities, including Marine One Presidential Helicopter Executive Transport mission and foreign military sales (FMS). In addition to the execution of existing contracts, Dave is responsible for expanding the BLACK HAWK and Navalhawk platforms globally, as well as developing future technology upgrades and sustainment needs of our U. S. Army, Navy, Marine Corps, Air Force and Coast Guard customers.

Formerly, Dave was the Chief Engineer for Defense Systems and Services (DSS). Prior to this position, Dave was the Director of Maritime Military Programs. In this role, Dave had full P&L management responsibility for the U.S. and International Naval Hawk product lines consisting of the MH-60S, MH-60R and international S-70B platforms, as well as the U.S. Marine Corps Presidential Helicopter Executive Transport mission consisting of the VH-60N and VH-3D platforms.

Previous Sikorsky positions included the Director of the CH-53K Heavy Lift Program. In this role, Dave had full management responsibility for the CH-53K program as the point of contract between Sikorsky and the U.S. Government and was responsible for $3.5B System Development and Demonstration Program.

Mr. Zack has over 23 years of engineering research, development, operations and program management experience. He graduated from the University of Connecticut with a Bachelor of Science in Electrical and Systems Engineering and Albertus Magnus College with a Masters in Business Administration.