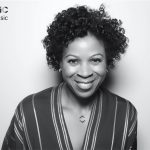 Karen Hunter is a Pulitzer Prize-winning journalist, professor, publisher and “change agent,” according to Essence magazine, which named her one of the “Woke100” of 2018. She was also selected to the 2020 Ebony magazine’s Power 100 List.

As CEO of Karen Hunter Publishing, an imprint of Simon & Schuster, she published more than 35 books, including No. 1 NYT bestseller True You by pop icon Janet Jackson, as well as bestsellers with Kris Jenner and E. Lynn Harris.

A journalist with the New York Daily News for 16 years, Karen covered sports, news, business and served on the editorial board, where she was a member of the 1999 Pulitzer Prize and Polk Award-winning teams. She was also the paper’s first woman African-American news columnist.

Karen has been named one of the 100 Most Important Radio Talk Show Hosts in America by industry bible Talkers Magazine every year since 2015. In 2018, she received
Talkers’ Freedom of Speech Award. Karen also garnered awards from Harlem’s Business Alliance and Jesse Jackson’s Rainbow Push Wall Street Initiative in 2018 and did a Tedx Talk in 2019 on the power of the vote.

Karen is a New Jersey native, a Drew University graduate and has been a full-time professor and Distinguished Lecturer in the Film & Media Department at Hunter College in New York City since 2004.