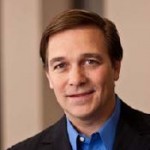 Mike Zimmer serves as president, U.S. Global Document Outsourcing at Xerox Corporation, Norwalk, Conn. He was named to this position in January 2011.

Zimmer oversees the development, sales, delivery, and go-to-market initiatives for the company’s document outsourcing business in the U.S. His focus is leading Xerox’s transition from a hardware to a document outsourcing services provider. His passion is in meeting the increased demands of clients: providing high-value offerings, delivering world-class service, and creating deep client loyalty.

Zimmer most recently held the position of senior vice president of Industry and Account Operations in the North American Document Outsourcing Division, with responsibility for growth and expansion inside the largest, most important Xerox clients.

Zimmer joined Xerox in 1983 as a sales representative in Columbus, Ohio and quickly rose through the ranks, holding numerous sales and management positions. From 1992 to 1995, he broadened his responsibilities in worldwide marketing, bringing new products to market in North America, South America and Europe. He also managed the inside sales and call center operations out of the U.S. and Canada. In Zimmer’s 28-year career, he has held a variety of other senior leadership positions, including vice president for the Mid-Atlantic Region, vice president and national sales manager, vice president of North American Tele-Sales, and senior vice president of the Public Sector Operations.

Zimmer earned a Bachelor of Science in civil engineering at the University of Dayton in 1982, and is a graduate of the Harvard Advanced Management Program. He is currently a member of the Revenue 50 Group and sits on the board of the Greater Rochester Enterprise. He previously served on the board of directors for the Children’s Museum in Baltimore and chaired the Workforce Development Committee for Washington, D.C.’s Technology Council.

Zimmer, his wife Jeannine and their two children reside in Rochester, N.Y.