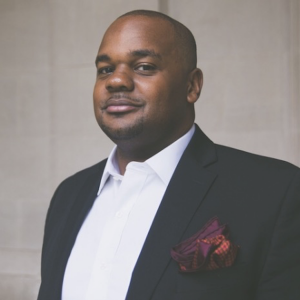 ST. LOUIS, MO, September 28, 2017 — Rahsaan J. Coefield, Esq. has been appointed to INROADS, Inc.’s National Board of Directors. INROADS is a national nonprofit organization dedicated to developing and placing talented underserved youth in business and industry, preparing them for corporate and community leadership. Coefield brings a wealth of knowledge on human and civil rights, employee relations, workforce development and other areas of focus specific to INROADS. He is the recipient of the “Human Rights Champion” award from the D.C. Office of Human Rights, the “Trendsetter” award from INROADS and he has been honored with H.R. 1643 commending his service to the state of Texas.

“I am pleased to welcome Rahsaan to our National Board,” said INROADS President and CEO, Forest T. Harper, Jr. “We are in the business of developing 21st century leaders through our programs and with the help of the many organizations that utilize INROADS for strategies to recruit and retain diverse talent. Rahsaan’s expertise will play a unique role in helping to develop INROADS’ programs and strategies to help our students reach their goals for the future.”

Previously, he has held a position at the District of Columbia Government, Department of Employment Services (DOES) as the Equal Opportunity Manager, responsible for agency compliance with all Federal and District anti-discrimination laws, equal employment opportunity, employee relations, internal affairs investigations and D&I initiatives for the District’s workforce development agency. He has also served as the agency’s Labor Relations Advisor.

In 2013, Coefield was appointed Director of Investigations at the District of Columbia Office of Human Rights (OHR) where he was responsible for the overall management of the agency’s investigative caseload and staff to resolve thousands of formal and informal complaints of discrimination alleging violations of the District of Columbia Human Rights Act, comparable Federal laws and other District laws in employment, housing, public accommodation, educational institutions and language access. In early 2015, he was promoted to OHR Deputy Director.

Coefield, an INROADS alum, will officially take on his two-year board term on Wednesday, October 11, at the annual INROADS National Board Retreat in Florida, where he will work with other fellow board members to create innovative strategies for INROADS to continually support and develop talented youth for Corporate America.

About INROADS
Founded in 1970, INROADS develops and places talented underserved youth in business and industry, preparing them for corporate and community leadership that affects community renewal and social change and elevates economic status and quality of life. INROADS has placed students in over 135,000 paid internships throughout its history, and graduated over 28,000 alumni into full-time professional and leadership positions with over 1,000 corporate partners. Currently, INROADS serves nearly 1,300 interns and 200 corporate clients. Learn more at INROADS.org and connect with us on Facebook, Twitter, Instagram and LinkedIn: @INROADSInc.