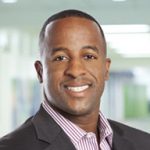 Brian has had many other leadership roles at P&G. He was the US National Category Sales Manager for Skin & Personal Care from 2012 until 2015, where he developed annual sales plans to drive category strategy across different channels and customers. He was the P&G Costco Canada Team Leader from 2010 until 2012, where we delivered breakthrough sales results three years in a row.

Brian joined P&G in 1996 as an INROADS summer intern in Memphis, TN. At the time, he was an undergraduate student at Vanderbilt University. He exceled in his internship and subsequently interned with P&G during the summer via INROADS for 4 additional summers through 2000. While interning, he continued his education at Vanderbilt University and received a Master’s in Business Administration in 2001. Right after, he joined P&G full-time as a Sales Manager.

Brian serves on the board of Arkansas Athletes Outreach, a youth development organization where their mission is to build champions for life through the transformational power of sports. Brian is also the leader of the P&G African American diversity team in NW Arkansas. This team was awarded the 2019 P&G Global Diversity Award. He is also a member of the Grove Church in Fayetteville, AR.