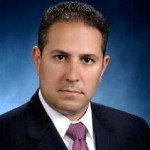 Girard is also an avid supporter of INROADS having served on the national board of directors since 2012 and is currently vice chair and chair of its finance committee. INROADS is the premier non-profit organization identifying, developing and placing talented underserved youth in business and industry, and preparing them for corporate and community leadership.

Girard holds a bachelor’s degree in business administration from Eastern Connecticut State University and a master’s degree in management from Rensselaer Polytechnic Institute.