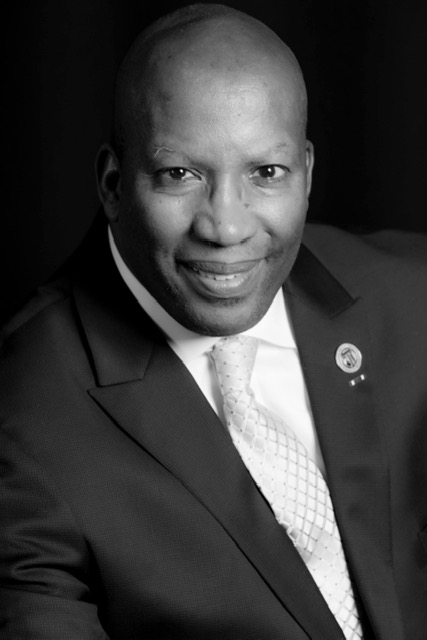 Captain Karl Minter is a B-767 Captain for United Airlines with over 20,000 hours of flying experience.  Capt. Minter is Chairman of the Board of Advisors (BOA), Organization of Black Aerospace Professionals (OBAP), a 501(3c) non-profit organization.  Captain Minter served as past OBAP BOD Chairman and past President. Capt. Minter is a retired Lt Colonel with 26 years of service in the United States Air Force, serving in multiple assignments, including HQ USAF, DCS Plans and Programs, and the Office of the Secretary of Defense (OSD), Executive Support Center at the Pentagon. Captain Minter is an Aviation Subject Matter Expert (SME) with Aircraft Accident Investigation credentials working with ALPA Intl Safety as Chairman OPSEC Working group. He is an Engaged Leader and a Member of the Board of Trustees, Tuskegee University, and he is also a Board Member for the Friends of Tuskegee National Historic Site (FTANHS).  Capt. Minter consults with Industry and Educators on Next Generation Technologies, Training, Mentoring, and Human Capital Development.

Captain Minter is originally from St. Albans, Queens, NY.  He has been involved in aviation for the last 41 years. He has a BS from Embry-Riddle University and an MBA (Honors Graduate) from Regis University. He worked for Sikorsky Aircraft Company in Stratford, CT, as a Flight Test Engineer before becoming a United States Air Force pilot.  Capt. Minter flew C-141B “Star-lifters” both at McGuire AFB, N.J., and Andrews AFB, M.D.  He also flew C-20B aircraft at the 89th Presidential Airlift Wing at Andrews AFB, M.D.  He is a Combat Decorated Command Pilot who flew missions to Grenada, Panama, Desert-Shield, and Desert-Storm while providing safe and efficient worldwide transport to the Department of Defense, Whitehouse Staff, and National leaders.  Capt. Minter has numerous medals, citations, and certificates from his military service career.  Since becoming a pilot for United Airlines, Capt. Minter has flown DC-10s, B-757/767’s, B-777s, B-737 (Line Check Airmen), and Airbus 319 / 320 aircraft.

Karl is a transformative leader who is directly responsible for the strategic development of critical partnerships between Industry, Educational Institutions, and the Community to maximize the exposure of our Youth to Aerospace. The goal is to sponsor programs that empower our Youth to become the Next Generation of Aerospace Professionals.

Capt. Minter is married with three grown children, and they live in Virginia.