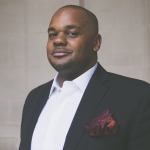 In 2011, Coefield was appointed to the position of Equal Opportunity Manager with the District of Columbia Government, Department of Employment Services (DOES).  In this capacity, he was responsible for agency compliance with all Federal and District anti-discrimination laws, equal employment opportunity, employee relations, internal affairs investigations, and diversity and inclusion initiatives for the District’s workforce development agency. He also served as the agency’s Labor Relations Advisor and oversaw all matters concerning the working conditions of unionized employees within DOES.

In 2013, Rahsaan was appointed Director of Investigations at the District of Columbia Office of Human Rights (OHR) where he was responsible for the overall management of the agency’s investigative caseload and staff to resolve thousands of formal and informal complaints of discrimination alleging violations of the District of Columbia Human Rights Act, comparable Federal laws, and other District laws in employment, housing, public accommodation, educational institutions, and language access. In this role, Rahsaan successfully streamlined the agency process to ensure a six-month investigative time frame, cleared the agency’s backlog for the first time in its history, coordinated a memorandum of understanding related to citizenship and national origin discrimination with the United States Department of Justice – Office of Special Counsel, instituted a robust and competitive law clerk program for District law students, and seamlessly integrated the investigation and enforcement of the District’s Fair Criminal Records Screening Amendment Act (“Ban the Box”), the Protecting Pregnant Workers Fairness Act, and the District’s Gender Neutral Bathroom regulations into OHR’s complement of services. Rahsaan personally investigated the DC Taxicab Commission’s handling of complaints of race and disability discrimination by taxicabs and caused significant and permanent changes in the city’s commitment to civil rights within the transportation industry. In early 2015, Rahsaan was promoted to OHR Deputy Director. In this capacity, he continued to lead the investigations unit during a period of unprecedented growth in enforcement obligation and staffing while also providing direct oversight for large scale programmatic, operational, and budgetary needs for the District’s only civil rights enforcement agency. Additionally, Rahsaan served as OHR’s interim General Counsel and oversaw the agency’s legal unit, served as legal authority for the office, and ensured continuity of operations for a period of six months. Rahsaan’s leadership at OHR caused the resolution of over 1600 charges of discrimination and $9.4m in relief to charging parties.

In August 2016, Rahsaan joined Lockheed Martin Corporation to oversee equal employment opportunity (EEO) investigations. In this role, Rahsaan is directly responsible for ensuring Lockheed Martin’s commitment to diversity and inclusion by leading the team that conducts thorough and fair EEO investigations across the global enterprise of the United States’ largest aerospace and defense contractor.

Rahsaan is a graduate of the Patricia Harris National Fair Housing Training Academy and also served as Commissioner Ex-Officio on the Mayor’s Commission on African American Affairs in Washington, DC. He was initiated into the Theta Epsilon Chapter of Alpha Phi Alpha, Fraternity, Inc. in Spring 2002 and is a member of the New Jersey Bar, an INROADS Alum, Chair of the St. John’s University DC Alumni Chapter, civil rights and professional organizations, and mentor to law students and young professionals in the legal field.

Rahsaan is the recipient of the “Human Rights Champion” award from the DC Office of Human Rights and the “Trendsetter” award from INROADS. For his work in the Texas Legislature, Rahsaan was honored with H.R. 1643 commending his service to the state. An avid traveler, Rahsaan spends as much time as possible vacationing with friends and family while experiencing cultures outside of the US.

Rahsaan resides with his wife, Kameron, in the Capital Hill neighborhood of Washington, DC.